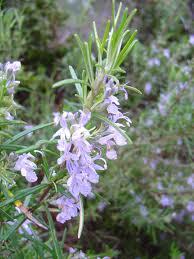 Rosemary organic aromatic water has many uses & applications, see below

Rosemary has many uses including as a circulatory stimulant, cardiotonic, antidepressant, adrenal support, cephalic, nervine, aphrodisiac, anti-oxidant. It is rubefacient, analgesic, antiseptic, antifungal, anti-inflammatory, carminative, mild choleretic, astringent, anodyne, digestive. It is also a mild diuretic, expectorant & emmenogogue. Rosemary water does not have the same bitterness as other preparations of the herb.

May be used as a compress for nerve and muscle aches, and rheumatic pains. Externally for oily hair, dandruff, and as a toner for normal to oily skin.

The name rosemary is derived from the Latin ‘ros marinus’ meaning ‘rose of
the sea’ or ‘dew of the sea’. It was dedicated by the Ancient Greeks to the
solar deity of Apollo, and it has associations with Venus, Aphrodite and the
Virgin Mary. In ancient Egypt, the sprigs were burned as ritual incense, and
placed in the tombs of the pharaohs to help them recall their former life. To
the Ancient Greeks and Romans, the plant was sacred, symbolic of loyalty,
death, remembrance, and scholarly learning. At weddings and important
occasions, garlands of rosemary were worn as an emblem of trust and
constancy. Rosemary’s association with remembrance has persisted for
centuries.